Seventy-Fourth Annual Commemorative Observance on May 17, 2009

Today's Annual Observance at the Memorial honored war dead from the District of Columbia who fought in all national wars. 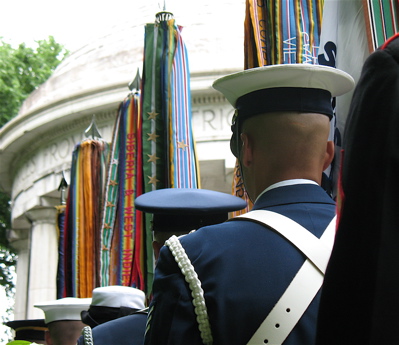 According to the program, "the District of Columbia World War Memorial and May Day Corporation of The American Legion, American Legion Auxiliary, Forty & Eight and Eight & Forty was authorized to be incorporated by a resolution adopted by the 1940 Conventions of the four organizations named, for the purpose of arranging memorial observances at the District World War Memorial annually in May." The annual ceremony takes place on the third Sunday of May. 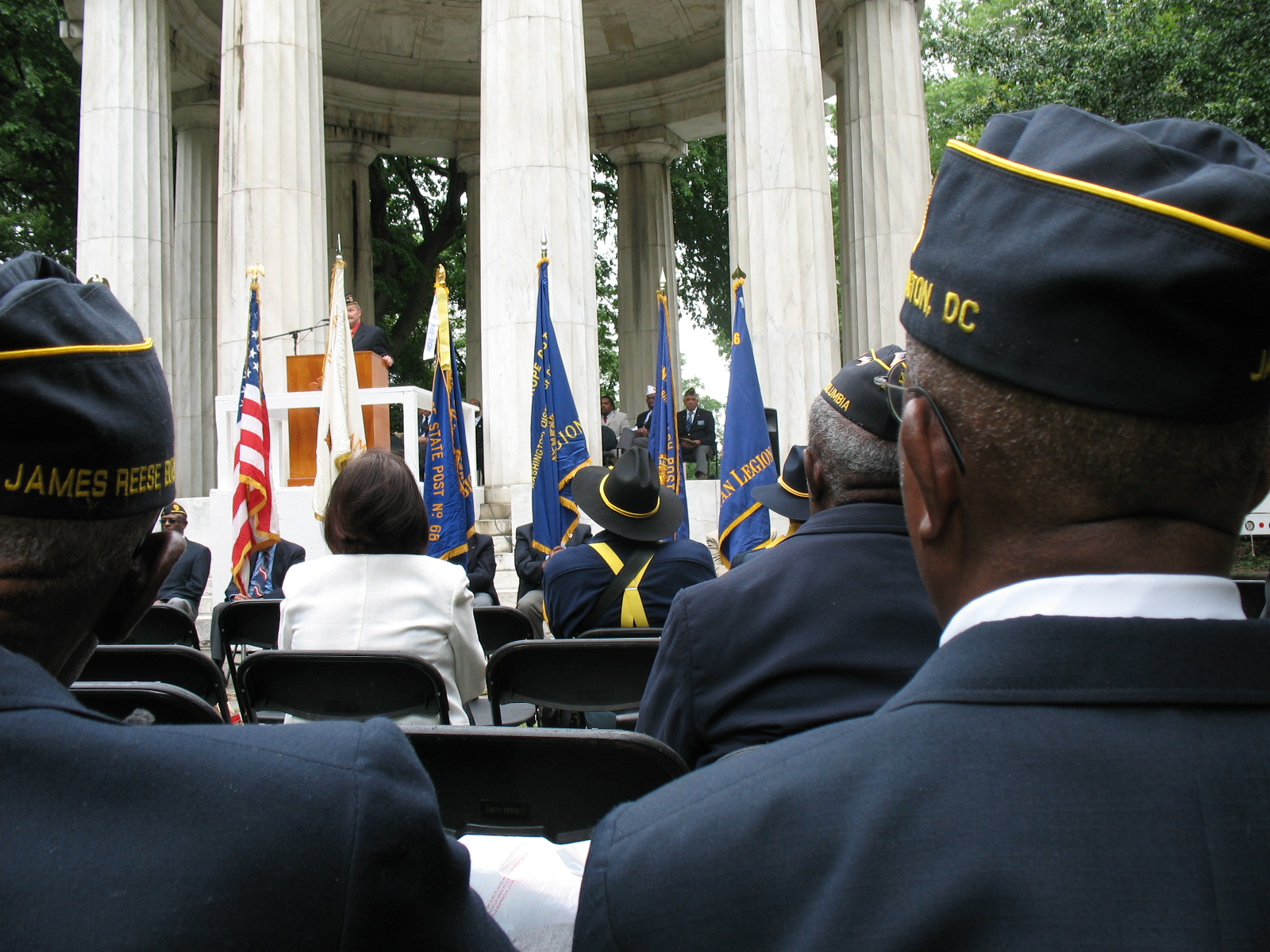 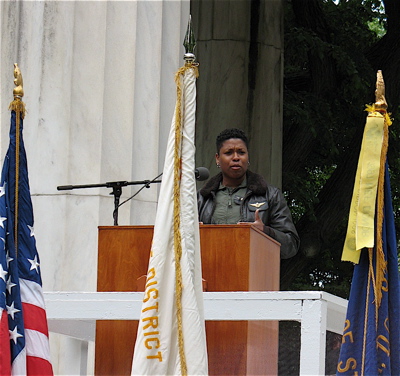 Ms. Armour told the crowd that the 487 men and women whose names are inscribed on the D.C. War Memorial "enabled me to wear that flight suit; they were the foundation."

Edwin L. Fountain, secretary/treasurer and member of the board of directors of the World War I Memorial Foundation, and formerly with the D.C. Preservation League, read remarks on behalf of 108-year-old Frank Buckles, America's last surviving veteran of the Great War.

Mr. Buckles was unable to be present. His words as read by Mr. Fountain follow; ellipses denote where a low-flying jet drowned out the words:

“As the last surviving American veteran of World War I, and on behalf of all my comrades-in-arms who are no longer with us, I am deeply pleased that the National Park Service will be allocating 7.3 million dollars in funds under the American Recovery And Reinvestment Act to full restoration of the District of Columbia War Memorial.

Fate has determined that I would be the last surviving American veteran of the Great War.

Much recognition has been given to my new status, including a trip to Washington in March 2008, a visit with President Bush, and a ceremony at the Pentagon … 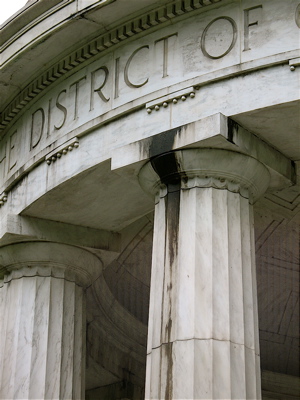 At the same time I discovered that the memorial was only for World War I veterans from the District of Columbia, and that alone of all the great wars of the 20th century, no national memorial exists in our nation’s capitol to the more than four million Americans who served in the War to End All Wars.

Because of this, I enthusiastically agreed to serve as the honorary chairman of the World War I Memorial Foundation.

As the last veteran of World War I, I feel a deep sense of responsibility to give proper recognition to all the millions who fought in that war and are now gone.

I intend to give all my efforts in the time I have left to see that a national memorial to World War I joins the other memorials on the National Mall.

I urge Congress to pass HR 482, the Frank Buckles World War I Memorial Act, to rededicate this site as a national memorial.

I ask those present here today to support the World War I Memorial Foundation and to urge your congressman and senators to support HR 482.

Hop on it, readers!

You need to be a member of D.C. War Memorial Network to add comments!